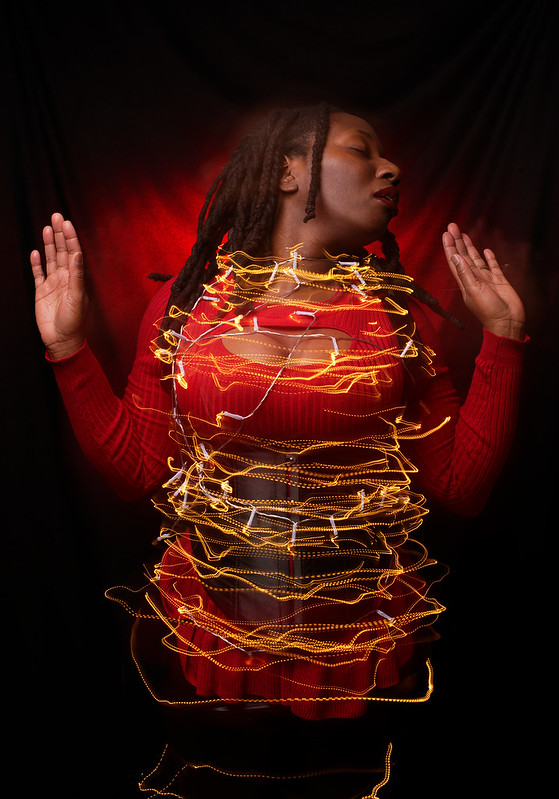 With a night to ourselves, my wife and I decided to get creative on this shoot. I love this red cutout top paired with this black underbust corset. I’d wanted to photograph her in this outfit, and this was my chance. I also wanted to try long exposure shots with fairy lights and motion.

The shots with fairy lights were 2 to 3 second exposures, hand-held. The way I achieved long exposures while keeping her sharp is that I started the exposure with off-camera flash, the Flashpoint Xplor 600 monolight in a softbox. A red gelled flash is behind her, facing a black backdrop, to add drama to the shot. After the flashes fired, she was free to move her body throughout the remaining exposure time. In the third photo, I like how the red flash accentuated the motion of her shoulders and arms in the red top.

The last photo was taken with the same monolight, but with gelled blue and red strobes set up above and behind her, pointing down at her head. 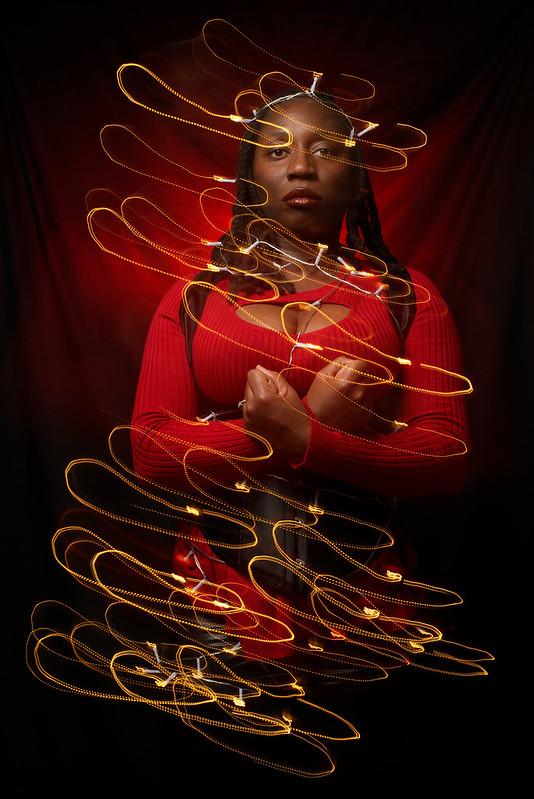 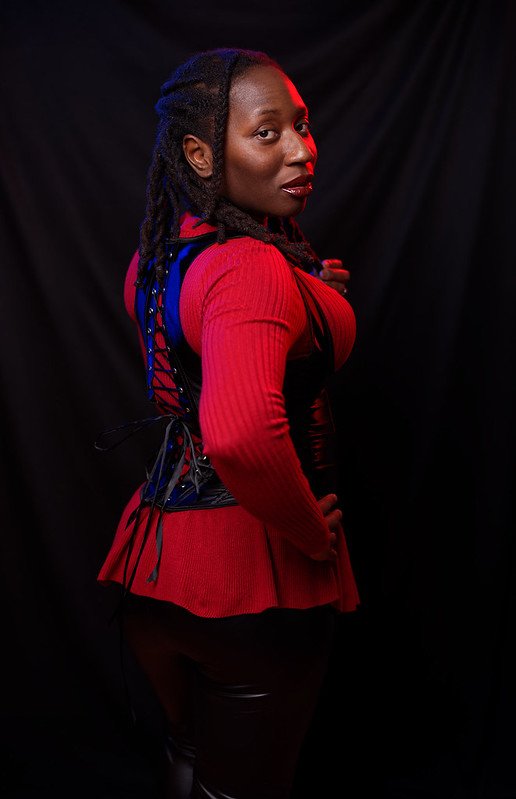